Vladimir Martus started his sailing career at 14. He has raced for his country’s National Sailing Team for 12 years (Olympic classes).
Graduated from the St Petersburg University of shipbuilding as a naval architect in 1990. Built two large wooden replica sailing ships: Schooner “St Peter” (80 feet, 1991) and frigate “Shtandart” (110 feet, 1999).
As captain of the Shtandart, he has taken part in Tall Ship Racing since 2001. Vladimir has directed several large maritime events and festivals. He was Chief Liaison officer in St Petersburg TSR 2009. He is also a qualified RYA Yachtmaster/Instructor  and President of the non-profit sail-training organisation “Shtandart Project”. 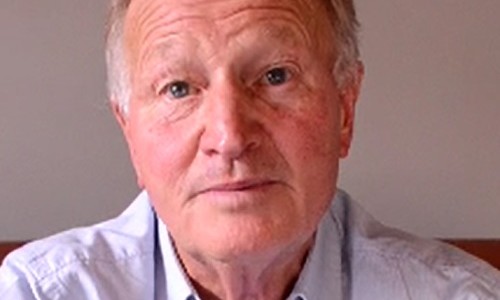 In 1993 Captain Blake took command of the replica vessel Endeavour and sailed her around the world twice, rounding both Cape Horn and the Cape of Good Hope during her travels to Europe and the Americas from Australia.

He holds the International Master Class I certificates with a square rig endorsement.